Some Chelsea fans have celebrated youngster Dujon Sterling on Twitter, who appears to be the perfect alternative to Achraf Hakimi.

Sterling made an impression last time out for Chelsea against Bournemouth. Since this game was the Blues ‘first televised test match of the pre-season, it was fans’ first look at the 21-year-old in action.

Thomas Tuchel nodded to him again on Sunday against Arsenal, with Sterling impressing again, so that one wonders whether a place in the first team could be reserved for him for the coming season.

As Sky Sports previously reported in the window, Chelsea were attempting to sign a deal with Inter Milan to sign Hakimi before his eventual move to Paris Saint-Germain.

Achraf Hakimi has been linked with Chelsea before joining PSG

MORE: ‘Haaland Announce’ – Some Chelsea fans are calling for a big transfer despite beating rivals Arsenal 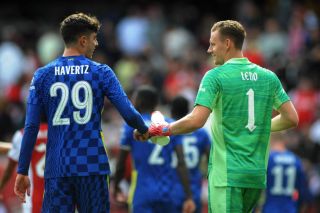 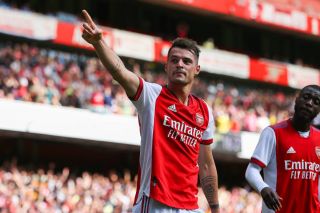 According to Goal, the deal was worth 70 million euros [£60M]which, in Chelsea’s view, could save money after the appearance of the Cobham-bred Dujon Sterling.

It remains to be seen what exactly Thomas Tuchel’s plans are, but these Chelsea fans on Twitter are convinced …

Dujon Sterling, Chalobah both so impressive. Cobham is a gold mine

Dujon Sterling is a beast