Shocking images have been released showing a £ 3.2 million shipment of cocaine stamped with the Juventus star Cristiano Ronaldo’s CR7 logo.

There is no indication that the player was involved in the crime himself, but given his reluctance to use his images or branding, he will certainly not be pleased with the perceived association.

According to The Sun, 40 kg of the drug was found on the back of a truck in Coquelles, France, not far from the Channel Tunnel.

The loot was confiscated by the border troops and truck driver Vladimir Mrdak was arrested.

This is followed by a 50kg indoor gym back in New York in April, which apparently also sported the player’s logo.

It is alleged that certain markings, in this case the “CR7”, are used to indicate which criminal gang produced the drugs, as opposed to an association with the player himself. 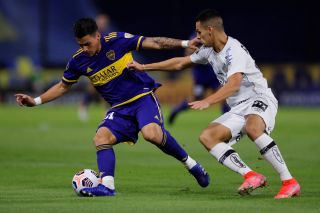 Known as one of the most professional players in modern football and someone who takes all aspects of his health incredibly seriously, the irony of Ronaldo’s branding probably wouldn’t be lost.

Dubravka out for a month for Newcastle