Man United and Dortmund £10M away from Sancho settlement

Manchester United are less than £ 10m away from meeting Borussia Dortmund’s asking price for Jadon Sancho, according to The Athletic.

As described in the report, Man United have been stepping up their efforts in recent days to get Sancho through the door.

The England international is now expected to move to Old Trafford, but only if the Red Devils are willing to pay Dortmund what they ask in exchange for the 21-year-old.

That doesn’t look like it will be a problem for long as The Athletic reports that Man United and Dortmund are less than £ 10m apart in negotiations, with add-ons to be agreed as well. 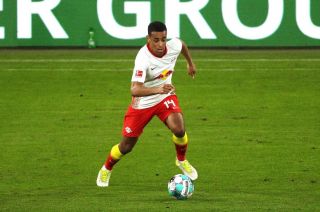 The deal now seems only a matter of time.

Man United fans have had to wait patiently for Sancho but the transfer is now closer than ever.

The Athletic reports that there was hope that an agreement would be reached before Euro 2020, but it is now viewed as unrealistic.

If all the information written in the report is correct, imagine that Sancho will travel to Manchester soon after England is eliminated or Euro 2020 wins.

Coman Kane and Ramsey all function in information of the day